The Art Of War by Lionel Giles 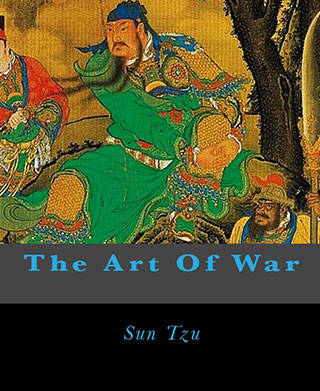 The Art Of War, Sun Tzu and Lionel Giles.

The Art Of War by Lionel Giles

The Art of War is an ancient Chinese military treatise that is attributed to Sun Tzu (also referred to as "Sunzi" and "Sun Wu"), a high ranking military general and strategist of the Kingdom of Wu who was active in the late-sixth century BC, during the late Spring and Autumn period. Composed of 13 chapters, each of which is devoted to one aspect of warfare, it is said to be the definitive work on military strategies and tactics of its time, and is still read for its military insights. The Art of War is one of the oldest and most successful books on military strategy in the world...